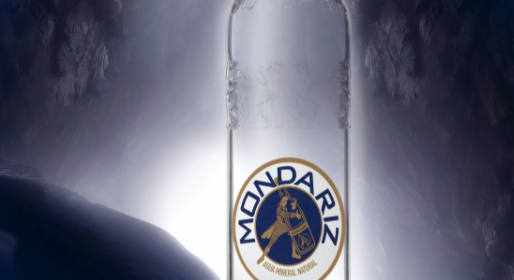 The waters of Mondariz are mineral-medicinal, pure and crystal clear. Its texture, freshness and evolution in the mouth is almost comparable to the pleasure of tasting a wine. For this reason, Mondariz waters have won awards and are considered to be the best water in the world.

Every year, the International Taste Institute of Brussels, the world leader in the evaluation and certification of food and beverages, certifies the highest quality products with three stars for superior taste. This award has been granted to Mondariz waters seven times.

More than 200 of the world’s best chefs and sommeliers took part in this evaluation, tasting each product blind. Mondariz water has also been awarded the Diamond Taste Award, the highest recognition by the Taste Institute of Brussels for products awarded three stars on seven occasions over a period of ten years.

The peculiarities of the waters of Mondariz

Contrary to what many people think, the water is not tasteless, colourless and odourless, at least not the waters of Mondariz. They have body, warmth and flavour, but without cancelling out other beverages that may be present, but rather complementing them.

Their effect is to balance the palate, preparing it to taste another flavour from scratch. As they are rich in bicarbonate content, Mondariz waters facilitate digestion, and of course, they go well with any dish and on any occasion. They are weakly mineralised and provide the body with iron. Two litres of Mondariz water a day would cover 20% of the recommended daily amount of iron.

We spoke to Vichy Catalán, which, in addition to the famous sparkling waters it markets, also distributes Mondariz water. They explained interesting aspects to us, such as the spring from which it comes, located in a privileged place that guarantees the care of the flora and fauna of the enclave.

The springs they come from

They are located in the basin of the River Tea, a tributary of the Miño, specifically in the two municipalities called Mondariz, one of which is a spa. Like part of the area, they form part of the European Natura 2000 Network project, a rich natural area with areas for the protection and conservation of biodiversity.

This means that the substrate transited by the Mondariz waters gives them beneficial properties for health. The oldest waters, which may be in the aquifer for between 60 and 150 years, gush forth at a constant temperature of 16.5 degrees centigrade throughout the year. It is not surprising that this water, a veritable treasure trove underground, has the properties that have made it so famous.

It should also be noted that the extraction of this water is carried out in a controlled manner and with the utmost respect, to avoid deterioration of both its quality and its flow rates. Automatic extraction systems are responsible for ensuring that the water is collected in an environmentally friendly way, influencing its flavour, transparency and important concentration of minerals.