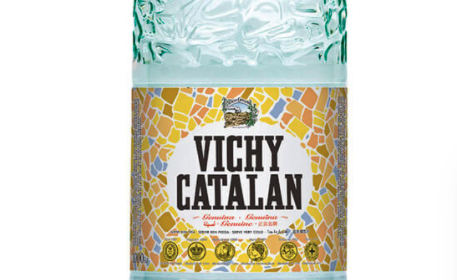 If there is a leading European brand in mineral water, it is Vichy Catalan. Its discovery dates back to 1881, in Caldes de Malavella (Girona), and the architect of the discovery was Dr. Modest Furest i Roca. One of the most remarkable things about the water that flows from the Vichy Catalan spring, at 60ºC and with its own gas, are its health-giving properties. This has positioned Vichy water for many years as one of the best carbonated mineral waters in the world.

Vichy Catalan carbonated mineral water stands out from the rest for its unique taste, health benefits and organoleptic qualities. Vichy is a water directly linked to gastronomic culture, as it brings flavour and personality to many recipes. That is why Vichy water is a staple in the best restaurants in Europe. Its health benefits are also noteworthy, as it is backed by a research team dedicated to studying the improvement in people’s quality of life. Specifically, medical research focuses on digestion, cholesterol metabolism and the nervous system.

An increasingly wide range of products

Although it may seem to be a water linked to the best of tradition, in reality Vichy Catalan is constantly working to innovate. As the years have gone by and consumer tastes have changed, Vichy has adapted to the changing needs and preferences of the times. That is why it has been expanding its range of products, all of which are high quality health drinks.

Fortunately, taking care of oneself is in fashion, and unlike others, it is a smart fashion. For this reason, and in order to satisfy this demand and the diversity of tastes, the brand has created different ranges: